Equine sarcoids are the most common tumors seen and account for approximately nine out of every ten skin tumors seen in horses. They are non-malignant (i.e. they do not spread throughout the body) but do grow larger and often spread locally. Their presence can cause irritation, interference with tack and loss of value to the affected horse. If knocked or rubbed their surface will bleed, and fly worry and local infection commonly occur.

What do sarcoids look like?
Sarcoids can occur just about anywhere on the body but are most commonly found on the head, (especially around the eyes), the underneath of the abdomen and sheath, chest, ears and lower limbs. Single tumors or a number of sarcoids may occur in one area or over many parts of the body.

6 forms of sarcoids have been described and can vary widely in appearance
1. Occult: appear as round to oval, flat areas of roughened hairless, irregular skin. The skin feels slightly thickened
2. Verrucose: these are ‘wart’ like lesions that commonly occur around head and groin. They will often have areas of hair loss and thickened skin around them.
3. Nodular: have a lumpy appearance.
4. Fibroblastic: are irregularly round, raised, firm lumps. They are usually smooth and hairless at least over part of their surface but smaller ones are sometimes covered with normal-looking skin. If the surface becomes damaged, or often after normal growth, the tumor will ulcerate and bleed, leading to scab formation.
5. Mixed: these sarcoids are common and are composed of a mixture of the above types of sarcoid.
6. Malevolent: rare, highly aggressive form that spread rapidly. 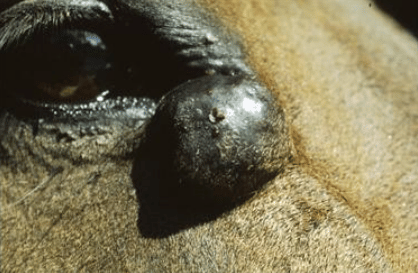 Visual recognition is the safest and easiest method to diagnose sarcoidosis. The presence of more than one lesion that looks like a sarcoid is strongly supportive of the diagnosis. The only definitive diagnosis is to take a biopsy of the suspected sarcoid and send it to a laboratory; however any biopsy technique carries a high risk of triggering a sudden expansion or change in the nature of the sarcoid. For this reason biopsies of suspected sarcoid lesions are not usually undertaken. Sarcoids can grow to become very large (over 8-10cms, 3.25-4 inches), although most remain smaller than this.

Sarcoids can be similar in appearance to other skin tumors (e.g. fibromas, mast cell tumors and non-pigmented melanomas) and it is necessary to submit a sample (biopsy) or the whole tumor to a laboratory for analysis for a precise diagnosis to be made.

Why do sarcoids occur?
There is strong evidence to support the view that sarcoids are initiated by a virus infection. This theory explains how sarcoids first appear and how they spread. Some genetic families appear particularly susceptible to developing sarcoids more readily than others, but there is no difference in susceptibility between horses of different coat colors. Some breeds may be more susceptible than others. It is not uncommon for ‘proud flesh’ i.e. the exuberant granulation tissue that often develops in healing equine wounds, to transform into sarcoids.

What treatments are available?
There are many suggested treatments, but no single therapy is universally effective. Each case will be assessed individually and the treatment route decided upon will depend on the number of lesions and where these lesions are located amongst other factors. In certain cases, photographs of sarcoids may be sent off for specialist opinion. The important thing to remember is that sarcoids have a great tendency to recur either at the site of removal or nearby. The choice of treatment will depend upon several factors:

What methods of treatment are there?

Should I buy a horse with sarcoids?
Sarcoids affect the potential value of a horse or pony in two main ways:-
1. If they interfere with tack or are knocked during exercise, they reduce the ability of that horse or pony to perform. If a mare has sarcoids between her back legs or on her udder they might be knocked or sucked when the foal nurses.
2. They may be expensive to remove or be treated if prolonged or repeated treatments are required. The above must be considered against the value of the horse and its other qualities or potentials.

Conclusion
Sarcoids are much more significant than ‘just a few lumps’ and can be difficult and costly to deal with. If you think your horse or pony may have one or more sarcoids, you should ask your veterinarian for advice. Best results are achieved when a diagnosis is made and appropriate treatment is started early. Scarring is less obvious when the sarcoids are removed or treated when they are small. 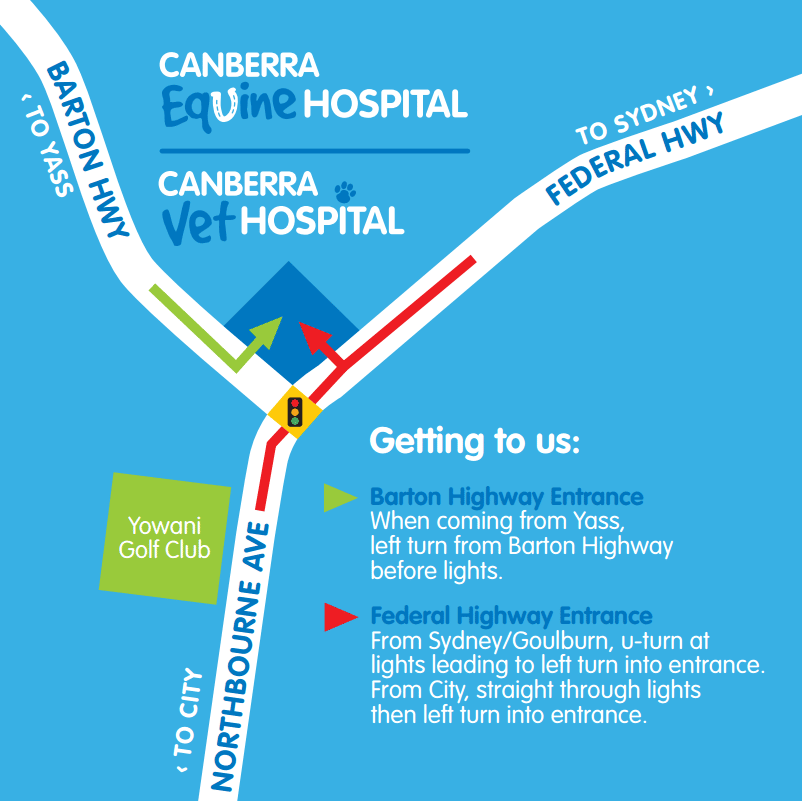